Bring in the New Year

New Year's eve is a time of anticipation and preparation. It is also a time of endings and a time to clear away the trash of the old year.

This is one of those magical times which is a crack between the worlds, a time full of potential. When one year ends and another begins, we often make New Year Resolutions, promises which we hope will give us a new start. We have a whole clean slate of newness, and we want to make that newness count for something.

There are many traditions to do with the ending of the old year and the beginning of the new.
You could make a Calennig Apple either for yourself or to give to friends. This is a Welsh tradition. Take a large apple, pierce it with cloves and give it three twig legs to stand on - toothpicks work well for this. Then take a sprig of evergreen and poke this in the top of the apple. Stand the apple on your windowsill, to see in the New Year and bring you and all the household good luck.

First Footing is a well known tradition. We were told that it had to be a dark haired man who was the first person invited into the home in the new year (handy that my dad had dark hair). The first footer brought with him blessings for the house, a stick, a piece of coal and a candle, these represented the blessings of warmth and light, and as they were brought in with the New Year, they ensured that the house would not be without these essentials in the coming year. During the 1930's depression when work and money was hard to come by, my dad told me he and his father made a few shillings early one New Year 'first footing' around some of the posh houses in Barton-upon-Humber.

Our family embellished on this tradition and created a tray of blessings. During the evening we would put on a tray all the blessings we wished to be ours in the New Year, so in addition to the coal, stick and candle, there would be bread and salt - for food and savour - a purse containing some money (for wealth), fruit cake and a bottle of whiskey - for riches and all good things.
Since I have had my own home, and we are a Witchy family, we have added magical items to the tray as well. Sometimes it is simply a personal magical tool, sometimes it is a spell to be brought in with the new year, if we need something in particular.
A sprig of evergreen could be used to symbolise renewal and energy (especially welcome as we get older and the joints don't work quite as fluidly as they used to - maybe I should add a bottle of oil or some axle grease), there could be a coloured candle or gem stones to represent certain energies or magical tides we wish to emphasise - a citrine for joy and good health, a moonstone to increase psychic powers.
As this is the feast of Hestia the goddess of the home, bring in some ivy leaves on the tray to bring the Goddess and her protection into your home.

The method for first footing of any kind is simple: make sure the person who will be the 'first footer' is outside before midnight, and welcome them into the house after midnight. Of course make sure they are equipped with what ever you have decided you want to bring in for the New Year, whether it is the traditional coal, wood and candle, or a more elaborate offering tray.

However you celebrate your New Year, I hope it is filled with happiness, magic and all the good things you wish yourself. 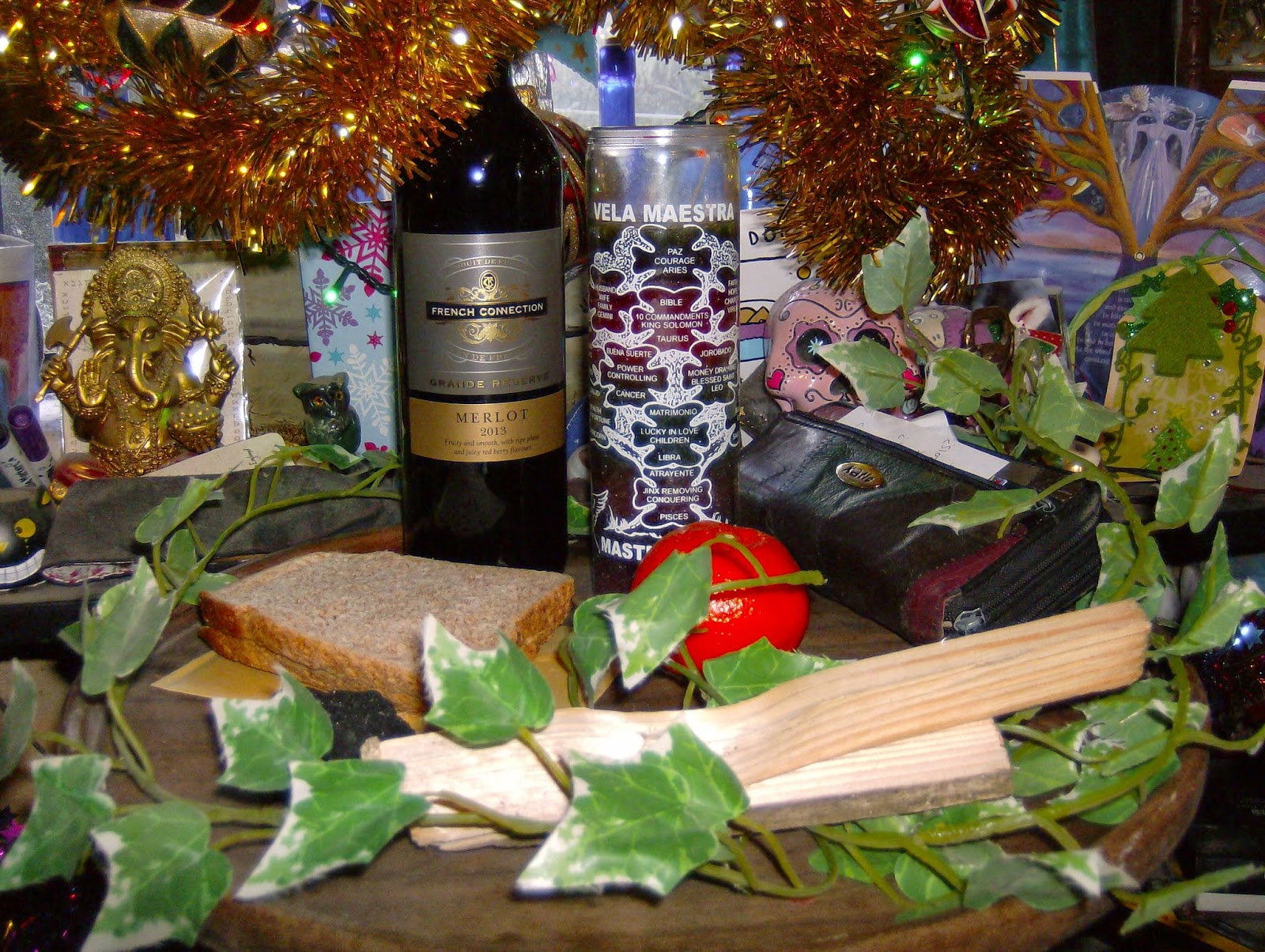 Posted by Christine Sempers at 02:11