I decided to make a Boozy Bread and Butter Pudding because it was Graham's birthday yesterday and this is his favourite pudding. Now this recipe is really going to make some people throw their hands up in horror, not because of the boozy bit, but because the quantities are not going to be exact.

This is based on both my mum's recipe for bread and butter pudding and her method, so it is not like the conventional recipes you will find all over the place. It is basically a store cupboard pudding using up left overs, so you use what you have got.

First thing - choose your bowl.
In our house that means - the biggest pyrex dish I can lay my hands on (which also happens to be one my mum gave me when Graham and I were first setting up home together).
Mum would then brush the inside of the dish with melted butter or marge (or cooking spread type thingy as we have to call it these days), but I don't think this is necessary.

Next choose your bread:
Again you can use any bread you have in the house, and if it is dry and stale so much the better, don't be using your good fresh bread for this one. I have made this pudding with white bread, wholemeal even sliced up brioche and they are all good and delicious. My favourite is hot cross buns as they are a bit spicy which adds to the flavour, but today I have got some cheap teacakes, which work equally as well. I have sliced the teacakes into three, rather than halves, because they are quite thick, but this is up to you. For this sized dish four teacakes was just right, but you can just butter another slice of bread if you run out before the job is done.
Now whatever bread you have chosen, butter it (or marge it, or use the non-dairy butter substitute of your choice) on both sides. When I was doing this for mum she insisted that every surface of the bread was buttered, and that included the edges, but again I don't think this is necessary - or perhaps shows that I am more slap-dash than mum was.

Line your chosen bowl with the buttered bread - keep about a third of the bread back as you will also need a bread lid for this pudding. So this bread and butter pudding is not going to look like the pictures you see in cookery books. 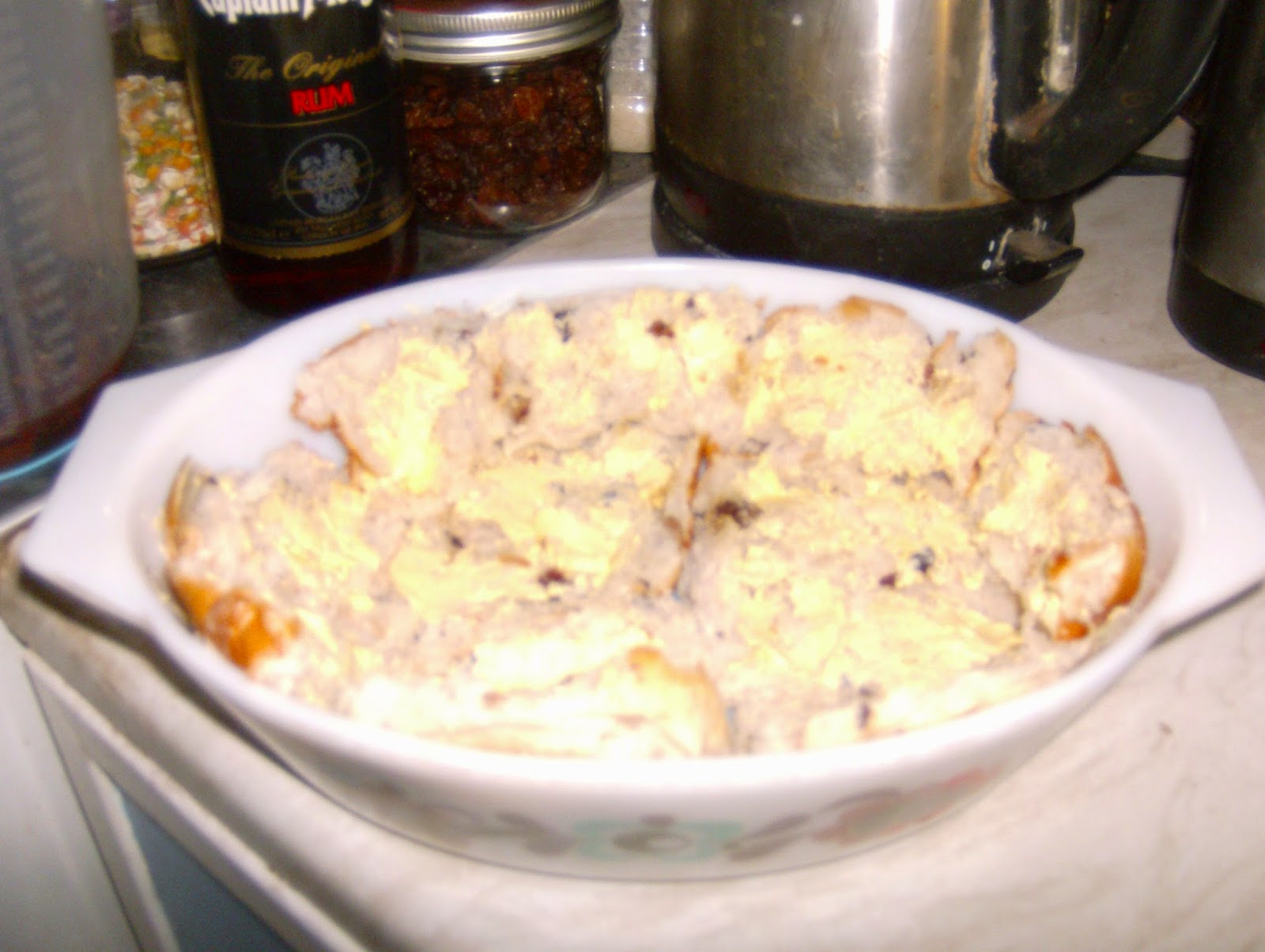 Next choose some dried fruit:
This can be currants, sultanas, mixed fruit, whatever you have handy or needs using up, or you particularly like. We happened to have an open packet of sultanas in the cupboard, so I am using them. You can just sprinkle some in, as much or as little as you like or have left in the packet. As a variation today I have soaked the sultanas in some rum. Just put them in a bowl or jug and pour over as much or as little of whatever booze you like or have handy, to just about cover the fruit. Leave these to soak for at least an hour.
When they have soaked up as much of the booze as they can, sprinkle them into your bread lined dish and sprinkle over some sugar. I also sprinkled some ground cinnamon as I like this pudding to taste spicy. Don't use too much sugar, you can always add sugar to taste when you dish this out, so don't stress about the quantity, I probably used around a couple of tablespoons - remember the fruit will be sweet already, and some bread is already sweetened too.
Then cover over the fruit with some more bread and butter. 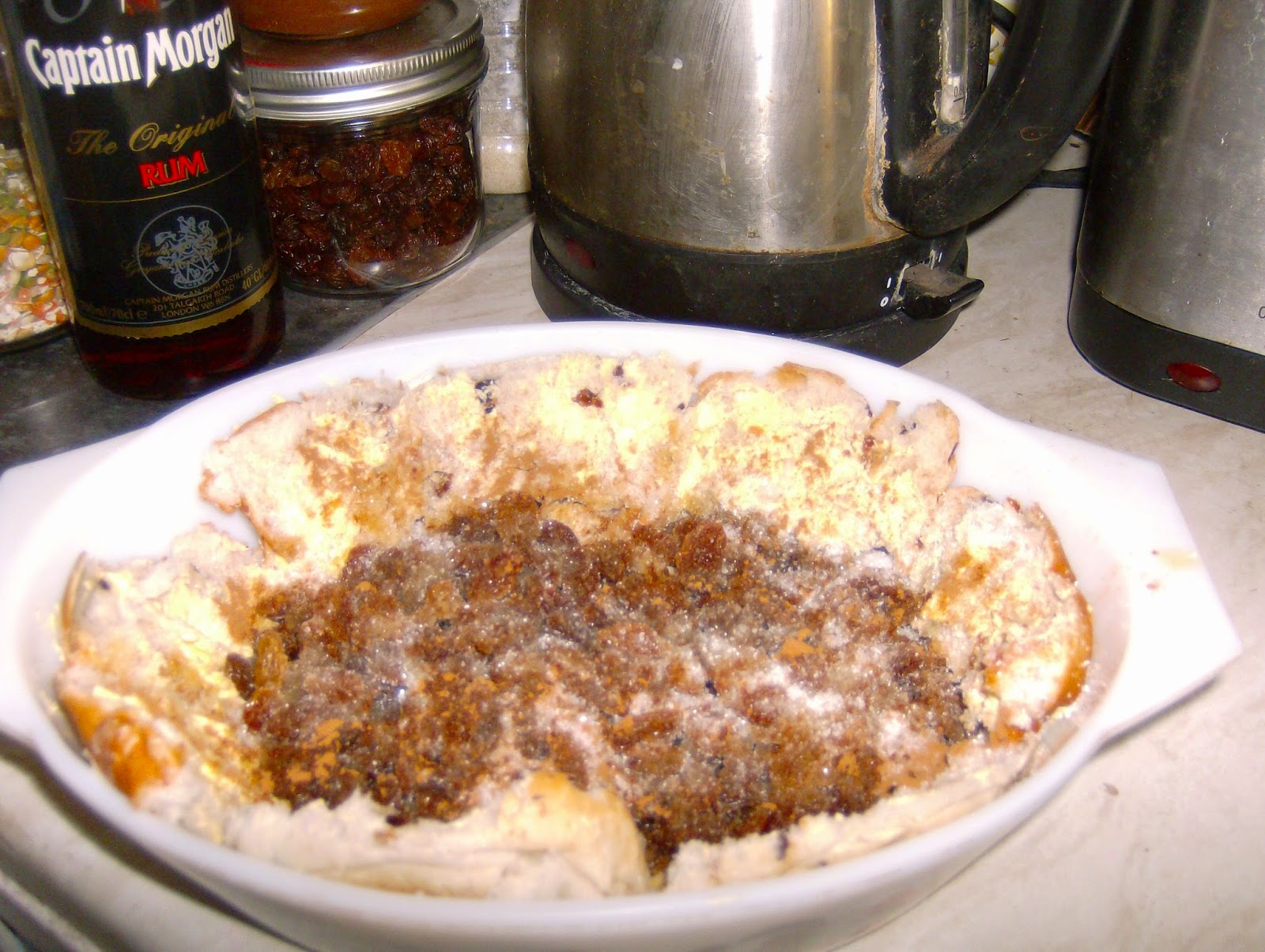 Now for the 'custard':
Again get ready to panic, I am not going to give you exact quantities as it depends on the size of your bowl, but I have made this with fewer and more eggs and the pudding has gone down great guns either way.
This morning I used five whole eggs, around a tablespoon of sugar and topped my jug up to around the two pint mark - which is just under a litre - with skimmed milk. Whisk this all together to dissolve the sugar and make sure the egg and milk are well combined - i don't have a whisk so I use a fork to do this. Again you can use whatever milk you have to hand, I have made it with full fat, cows milk, goats milk and soya milk too.
I reckon 2-3 eggs to a pint of milk is about the right proportion. Oh and add some nutmeg to this - it has to have nutmeg!
Carefully and gently pour the liquid over the pudding - it will take more liquid than you expect - then leave it for 30 mins to an hour to soak. Sprinkle the top with more nutmeg.
If when you go back to look at it the top looks dry, use another egg and some more milk - or just some more milk.

Cooking
Yep, it is panic stations again, cos this is not an exact science.
The conventional way to cook this pudding is in the oven in a bain marie. That just means you stand it in another dish which has some water in it. This stops the pudding drying out and keeps it lovely and soft in the middle. It could take anything from 3/4 of an hour to 1 1/2 hours.
However I am going to give the cooks among you a heart attack. I cook this pudding in the microwave, it turns out just as good and takes a fraction of the time.
The only thing you have to watch out for is to mind it doesn't overflow.
Also, DO NOT cook this pudding until it is solid in the middle. Keep an eye on it - open it carefully with a spoon, and if there is just a little moisture in the middle take it out of the cooker/microwave and leave it.
The custard will carry on cooking from its own heat and when it is cool enough to eat without burning your mouth, it will be just right. 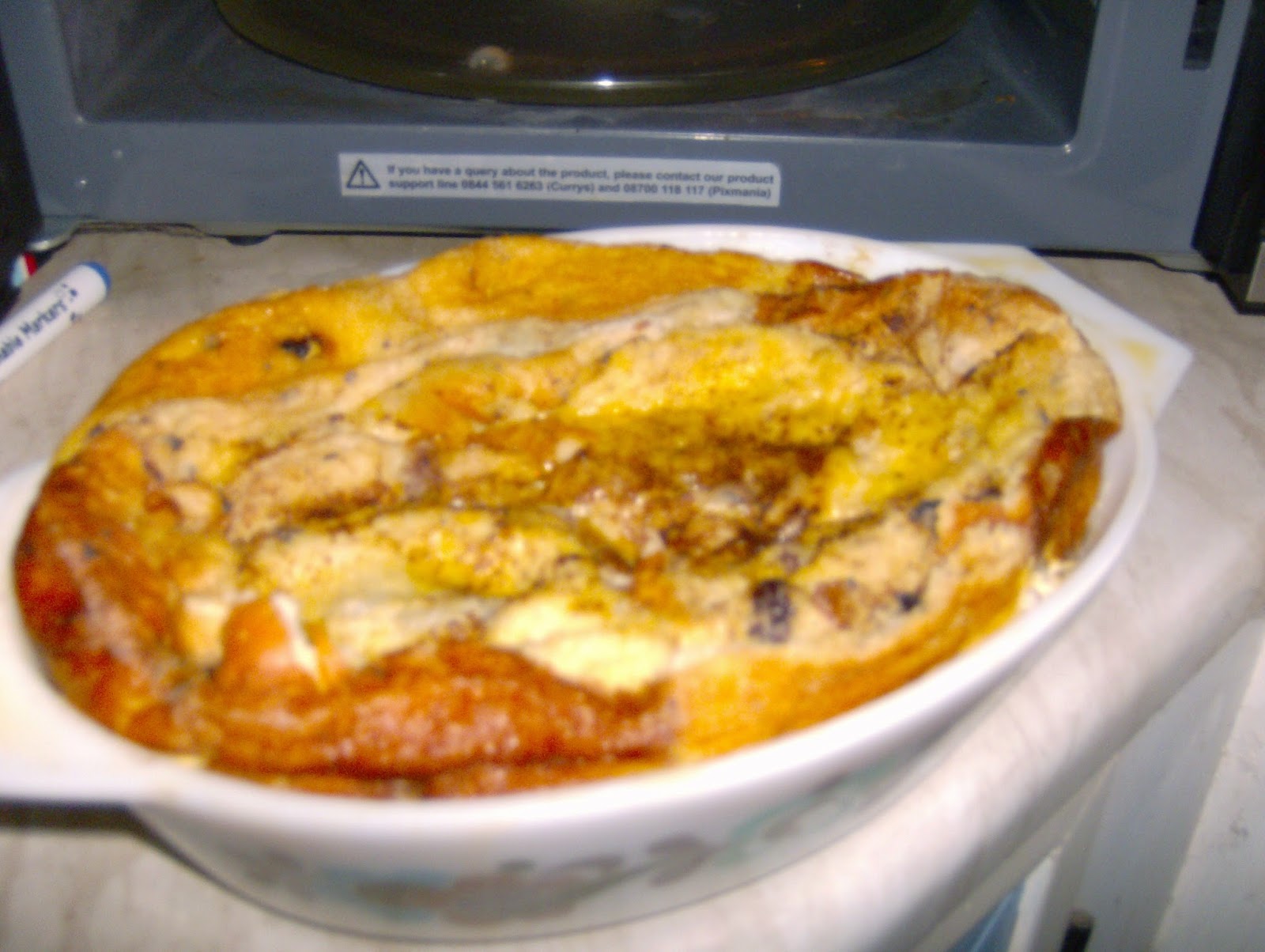 You can serve this pudding hot or cold. Some people like to serve it with cream or custard, I like it cool and on its own. Yummy ! 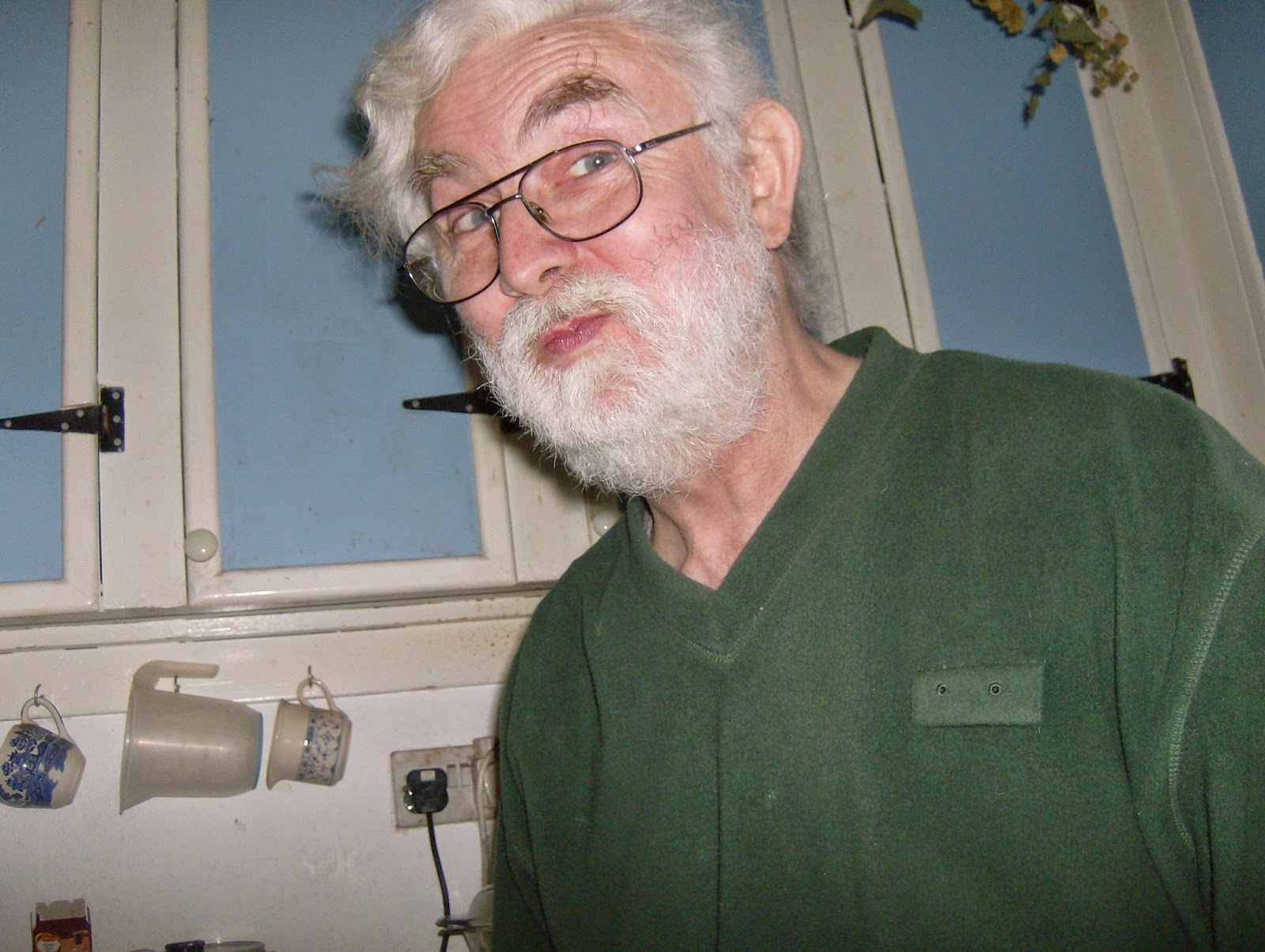 A Satisfied Customer .
Posted by Christine Sempers at 05:34

Email ThisBlogThis!Share to TwitterShare to FacebookShare to Pinterest
Labels: bread and butter pudding