The Wet Ingredients
First of all take a good handful of raisins and put them in a measuring jug, pour over hot water to the 200ml mark and leave to soak for at least one hour.
After the time is up add to this 2 capfulls of rum (we had some Captain Morgan's Original Spiced Gold Rum which seemed appropriate) and a capfull of vanilla extract

Mix all the dry ingredients together

Add all the wet ingredients and stir well, you can add a splash of milk if it seems too dry and a sprinkle of flour if it seems too wet.
You should end up with a very soft mixture, the same consistency as a sort sponge cake mix. 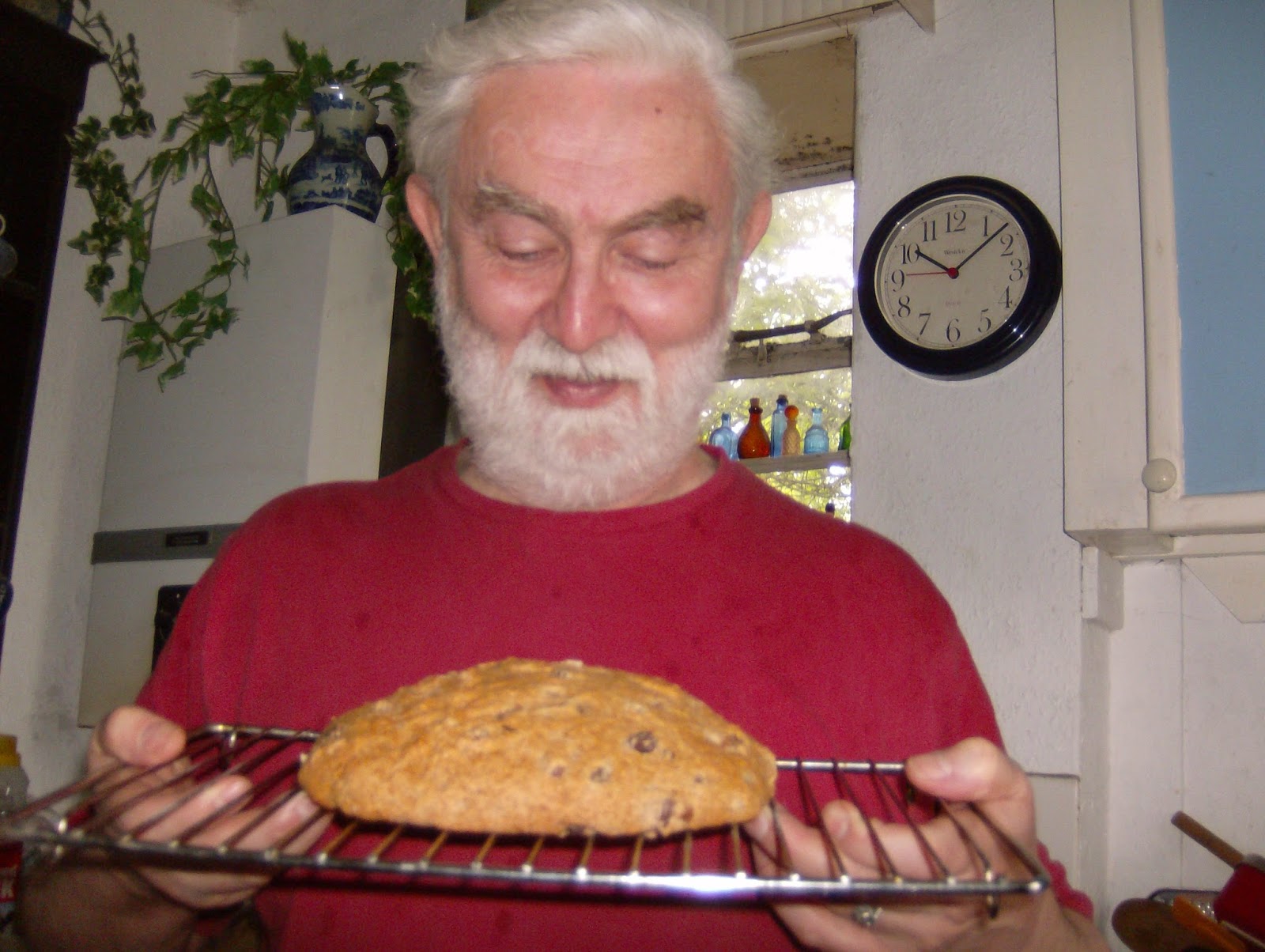 Posted by Christine Sempers at 03:16 No comments:

Lament of the Flutes for Tammuz


This is the lament of Ishtar for her slain lover Tammuz also known as Dummuzi and who became Adonis in later myths.
There is a reference in the Bible to the worship of Tammuz being carried out by Jewish women at the temple in Jerusalem, Ezekiel ch 8 v 14: 'Then he brought me to the door of the gate of the Lord's house which was towards the North: and, behold, there sat women weeping for Tammuz'.

Posted by Christine Sempers at 00:36 No comments:

The cuckoo makes its appearance in April, although it is becoming a truly rare bird, rarely seen, but more often hears with its distinctive call which gives its name.
The cuckoo call is the herald that tells us spring is truly here.
There are many beliefs about what to do when you first hear the cuckoo: turn your money over in your purse or pocket and your money will multiply in the next year. If you have no money to turn over, then you will be poor for the rest of the year.
If you are unmarried, then take your left shoe off when you first hear the cuckoo and you will find inside it a hair the same colour as your spouse will have.
It is lucky to be outside ad walking when you first hear the cuckoo, but immediately stand still and take note of where your right foot is. Gather up the dirt or earth from beneath that foot, dry it carefully and sprinkle it around inside your house for it is said that no fleas will breed wherever this magical earth is scattered.
If the call of the cuckoo appears to be coming from your right side, then you will have a prosperous and lucky year, from the left you will not. However you can negate this if you immediately run as fast as you can in a circle.

The cuckoo is a merry bird, she sings as she flies
She brings us good tidings, she tells us no lies
She dries up the dirt in the Spring of the year
And sucks little birds eggs to keep her voice clear
Trad. rhyme

The gowk is another name for the cuckoo, and April the 1st is sometimes known as 'Hunt the Gowk Day' as one of the oldest April Fool's jokes was to send a victim on a fruitless errand, known as hunting the gowk.
The classic method was to send an apprentice with a letter to a workmate, when he opened the letter it would read:
Don't you laugh and don't you smile
Hunt the gowk another mile.

Meaning, 'don't let on this is a joke, and send this cuckoo on a bit further.' So the poor victim would be given another sealed envelope and sent to another person and so on.

The cuckoo is a symbol for wanton sexuality as it lays its eggs in the nests of other birds and thus does not have to deal with the consequences of its mating.
It is sacred to Zeus, known in many myths as a sexual predator and seducer. He was destined to wed his sister the goddess Hera, but she wanted nothing to do with him and hid from him. Then one day she found a poor, bedraggled cuckoo, wet through and shivering after being caught in a violent storm.
Feeling pity for the poor bird, Hera gathered it up to warm it against her heart, only to have it turn in her arms into the form of Zeus.

Cuckoo is linked to the powers of orange blossom and cherry blossom and women who wished to know how long it would be before their marriage should address a cherry (or orange) tree in flower and say:
Cuckoo, cuckoo, cherry tree
How many years before I marry?

The cuckoo is also reputed to be a bird which has come from the land of Fairy, as it appears and vanishes as mysteriously as the Fairy Folk.


I hope you enjoyed that. Don't forget: even if you don't want to buy anything from Raven, you can subscribe to our Newsletter for only £5.00 in the UK and NI (£10 in Europe and Eire) and receive all our mailings and Newsletters for a whole year.
Posted by Christine Sempers at 02:49 1 comment: