Back to the Blog !

Sorry I haven't blogged for a while. There have been a couple of reasons for that.

One: Tallulah was mated back in August and we had been hoping for the patter of many tiny paws. But unfortunately it was not to be.

I was a bit more disappointed than I'd expected, especially as Tallulah was showing all the signs of being pregnant. But when the due date passed and nothing happened I rang Angela, our breeder friend, to let her know and she told us that once they have been mated, their hormones make their bodies act as if they are pregnant, whether they are or not. So it is very difficult to tell whether they are or not.

And another reason is that we have a problem with photos, in that I have them on my brand spanking new phone thingy, but I don't know how to get them from the phone onto the computer or into my blog, or facebook etc.

I think I shall have to ask Mike for another masterclass in this aspect of phone ownership. 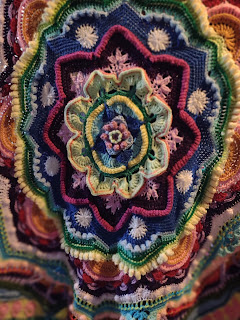 Ye Gods! I found one and inserted it!
Hang on let's try that again! 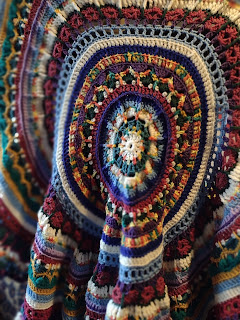 I have been doing mandalas, but I started small, and then got carried away 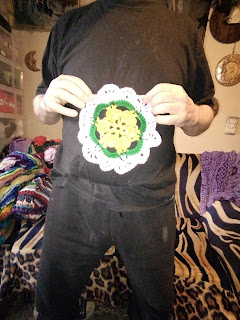 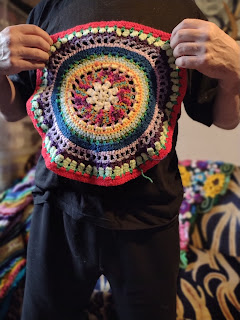 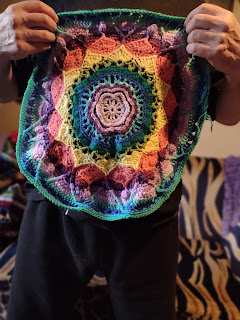 Of course the first two should have been the last two in this sequence, as that is the sequence I made them in. Sorry I am totally disorganised because I didn't know I could do that inserty thing!
Right now I know what I am doing, watch this space, there will be MUCH MORE blogging going on very shortly!

Posted by Christine Sempers at 05:40