Now even though this is called Banana Bread, what this actually is, is a light and tasty cake.

This all started because I was chatting to a friend while playing WoW, and she said she was going to bake a cake. I said I couldn't because I had no eggs. So she said you could make a cake without eggs, using bananas, yogurt or even mayonaise!

So I had a look on the internet and came across quite a few different recipes and decided to have a go at one using bananas.

The recipe I have adapted did originally have extra baking powder in it, but as I didn't have any (and I don't like using it as I can always taste it) I missed it out, and the result was still fab.

Put all the dry ingredients in a bowl and mix together.

Now this part is quite magical and astonishing. I had not pre-mashed the bananas, which the recipe said to do. Being an impatient soul I just bunged everything apart from the milk straight in a bowl and started mixing. It was a bit hard going at first, mashing the bananas and fat into the flour and sugar, but then all of a sudden the whole thing combined and turned into something that looked like a semi- liquid cake mixture.

Graham and I regarded this with awe. Then added the vanilla and milk, mixed it in and put the whole lot in a floured loaf tin. 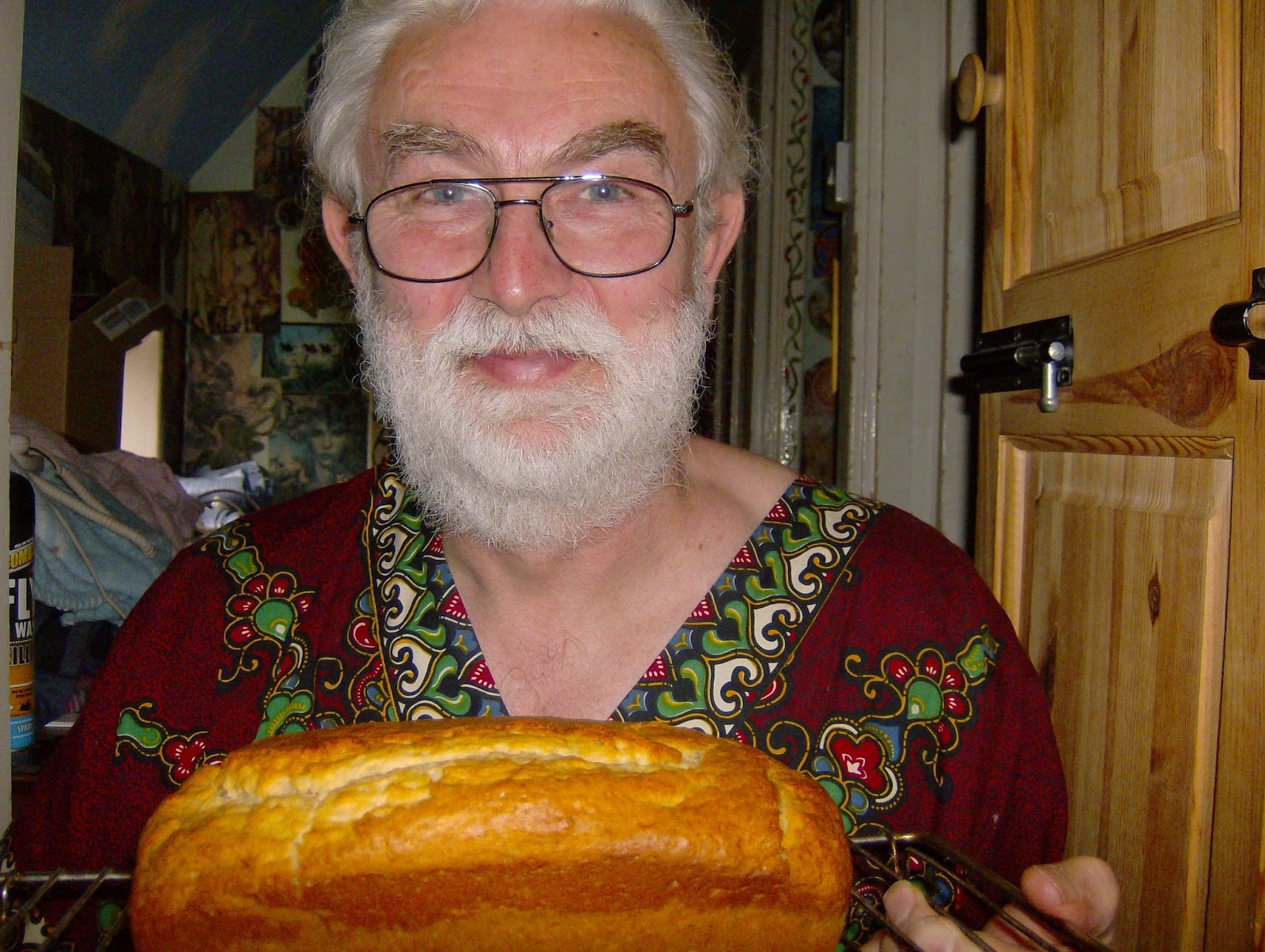 According to the recipe this could be used to make cup cakes or muffins instead, and it does have a muffin texture. I'm guessing if you made muffins the cooking time would be around 20 mins - it usually is when I make buns (cup cakes)
Another recipe said you could add 4oz or 100g dark chocolate chips to the mix.

I think we shall try a yogurt cake next time
Posted by Christine Sempers at 07:20